Demba came to Spain as a 13-years old teenager without knowing the language, nor his new Spanish mother. His life changed unexpectedly during casual daily shopping. It was that one lady he met, who introduced him to a brand new world of athleticism. Nowadays, Demba is dreaming about winning an Olympic Gold Medal in 400m sprint and is ranked as the 7th best junior athlete in Spain.

‘My dad comes from Senegal and my mum is from Gambia. They met each other when my dad came to fish there for a few months. When I was little I dropped my school in order to join my family and work on the boat.

It was my father’s idea to go and search for work in Spain. I stayed in Africa with my mother. At the beginning my dad had some serious problems in Europe: he could not find any job and eventually he was put in jail for a while. After some time however, he started to work again and met his current wife- my ‘Spanish mother’. Four years had passed and I decided to join him in Barcelona.’

Demba’s first impressions from Spain were rather harsh: he remembers landing at the A Coruna airport, not knowing how to communicate and where to ask for help.

‘I arrived in Coruna, followed the crowd, opened the door and saw my father with his Spanish wife for the first time. We went home and after a week spent in Spain, I wanted to go back. It was all very complicated. I obviously had no friends and would stay home with my Spanish mother, who did not understand my language just as I did not understand her.

Eventually, I went to school. It got even worse there. Without understanding anything, the only thing I wanted was to go back to Africa. But there was no return- my dad spent too much money on the ticket, visa etc and I was obligated to learn Spanish. Fortunately my Spanish sister helped a lot and introduced me to new people. My motivation grew and I started to learn Spanish every single day with my mother.’

Demba’s mum used to give him shopping lists in Spanish in order to make him practice the language all the time. Once upon a time, when he was standing confused between the market shelves, he met a nice lady who helped him with the list.

‘She had children who played soccer and convinced me to join them. I was terrible at it! Back in Gambia, I’d rather go fishing than play soccer. But- there was one good thing that she noticed. I was very fast. The lady asked me: why don’t you try athletics? My reply was a ‘no, I do not like it.’ She didn’t agree and convinced me once again to try it out. On the first day of training other boys beat me in running and I promised to myself to beat them on the next time.

I trained a lot and after four months only I was the Galician champion in my category in 400m. I finished 10th at the Spanish Championships. In the second year, I won two gold medals in Galicia in 200m and 400m, and arrived 7th in the whole Spain. Very close to the medal. This year I was going to go to the U-20 World Athletics Championships, in Africa (Nairobi), but due to covid-19 it was postponed until next year. I was going to represent Senegal because I don’t have Spanish nationality. In the future however, my dream is to represent Spain, because that’s where I live now and because there are many competitions which I can participate in. Senegal is not an option right now- I couldn’t even go back there.’

Demba is aiming high. He knows that little by little he will improve and reach the top level as an athlete. One of his dreams is becoming the European Champion. He knows that if he continues to train, he will be capable of achieving something great. Sports also helped him to make more friends. People started to recognize him from time to time and ask for photos.

‘I don’t consider myself a star but a normal person. My idol is Usain Bolt. He’s humble, treats people very well, and unlike other athletes, he doesn’t have to dope. In the future, I would like to be like him.

In my country the level of athletics is very high. In fact, my mother was an athlete. A team from the United States wanted to hire her but her father didn’t want it because she was very young and she didn’t know anyone there. He loved her very much. Now I am in a very similar situation. Senegalese and Spanish cultures are so different. I still prefer the Senegalese one and will stick to it.’

The young athlete’s dream is to return to his country and build his own house there: ‘I would also like to open a business there such as a beautiful restaurant on the beach for my mother. Six years have passed without seeing her. Family always comes first in my life. Sport goes second’.

The most important thing in my life is my family. If I were a millionaire, first I would help my family, then people who are close to my family and then the others. Even if I have little, if there is someone on the street who has nothing, I will help him. Because all of us could find ourselves in this kind of situation. For example when my father arrived here, he did not have a job, he did not know anyone. So if I see someone who needs help, as my dad needed in the past, I help him.

I also believe you have to be kind, humble and not get too angry in life. If you are nice to people, people are going to be nice to you. If I hurt somebody, I will always ask for forgiveness. I will apologize 3 times because it is my fault. I have respect for all people – from youngest to oldest. If I give you 100 percent respect, you also have to give me 100 percent respect. 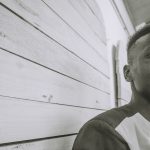 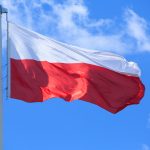