Juan used to study civil engineering in Colombia. Together with his younger sisters, he decided to leave and join his mother who escaped to Spain over two years ago. Luckily, right now he is able to continue his studies at a Coruna and works legally. While Juan is looking forward to being the first graduate in the family, his biggest dream remains always the same: to build a new house for his parents.

‘During the 6th semester of my studies in Colombia, I decided to leave the country and headed to Spain. After the arrival, I did not know anything about the new place nor its culture. Fortunately, my sisters and I met the right person: Soledad from the association Movilidad Humana. She sheltered us and helped me with finding the right university to proceed with the diploma. All together we have been progressing little by little, getting to know Ferrol, different food and new customs such as the tradition of giving one kiss only instead of two!’

The reason behind Juan’s migration from Columbia to Spain lies in his mother’s story.

‘Back in the past, many people got kidnapped and abused in Colombia: including her. When that happened, my mother was still a young girl and the only one who actually survived. Although all the persons who stood behind that crime were charged and sentenced to prison, the tranquility would not last for a long time. When my mother decided to share her history as the only survivor, the case got out of control once again and the whole family started to receive numerous threats. This is why my mother left the country without knowing anything about Spain. We joined her after a while. Our father was also supposed to get the flight on March 15 and so we would eventually be together. On the 14th they closed the borders due to the coronavirus. He stayed in Colombia.’

Before coming to Coruna, Juan was a cyclist. When he arrived, some new-made friends lent him a bike so he could compete in a race.

‘It turned out that I won that race! The success not only empowered me a lot but also allowed me to make some new friendships. It was very important not to feel lonely anymore. Almost all my friends are from other countries, however a Galician friend once told me: when you make friends with a Galician, he becomes a friend for life. At first we are very closed, we do not give much confidence. But once we start to trust you – we become friends forever.

Juan enjoys living in Ferrol with his mother and two younger sisters. One certain advantage of Ferrol is its tranquillity and security which has not been always present in his family’s past.

‘I would like to return to Colombia in the future. As a refugee, my residence permission is still a ‘work in progress’. The government has 3 years to respond.  If the answer is ‘no’, I can’t work for another three years. Being a student is not helpful in this case. When you finish your degree and you don’t have an employment contract, you have to go back to your country. If you have a contract, you can stay and do your paperwork. This situation  is very difficult for us. Right now, we are allowed to work but every six months we have to go to renew the permit again and again.’

What are your goals for the future?

‘My goal is to be a professional engineer and build a house for my mom and dad. Ever since I was little- that was my dream. Although what everyone else wants is to make money, my main goal is to graduate and make my parents feel proud of me. None of my parents has ever studied at the university. Nobody ever helped me with the homework nor explained anything at school. I always relied on books.

Since we were little, we have always worked in the field. At 15 years old I was already working planting bananas and passion fruits. Perhaps this is why we have different opinions on working, saving and growing one step at the time.

What is one thing, a happier moment you lived in your life?

There are many of them. The moment when we arrived in Spain and met my mother again was a very emotional one. And another, when my mother was finally able to buy a car here in Spain. We were all so happy! Although the car was old, it was brand new for us. We spent a lot of time remodeling it little by little and when we finished- I think it was the happiest moment for all the family.

I believe that sometimes we have to consciously change sadness into happiness. If something sad happens, there is always a way to see the silver lining. 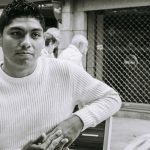 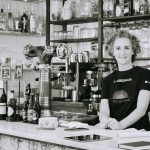