As a social worker, Montse knows very well the challenges that immigrants face on their way to full inclusion in Spanish society. She points out that in many cases, for example in the labor market, the problems of immigrants are even greater than those of Spanish citizens. And not only considering the obstacles from the “outside”, such as bureaucracy or prejudices, but also the attitude of people. It is vital and all of us, in addition to facilitating or promoting change in the “others”, must also be willing to change and move forward.

Montse is an experienced social worker, passionate about her field. Right now she is doing an internship in the organization “Movilidad Humana” in Ferrol, giving support to immigrant women and their families. Previously, she worked in the City Council of La Coruña, Cariño and a European social project of socio-labor insertion.

‘I am a pedagogue and with my specialty I can do socio-educational intervention. In La Coruña I worked as a social support technician in primary care or the gateway to social services; what is now community social services. Also as a technician for the socio-labor insertion of people with difficulties in accessing employment for various reasons: long-term unemployed, immigrants, women who have been abused or have difficulties to rejoin the labor market after life dedicated to their family, people without training, etc.

I like community social work because you can analyze many problems and see many diverse groups’.

Despite being skilled and experienced in such a socially necessary area, Montse finds it difficult to find work in her field.

‘The problem I see is that currently there are many educational programs of social work, and sometimes we overlap and we do not know how to differentiate which are the functions of some and others’.

Working in La Coruña, Montse recognized that one of the great problems many immigrants face is that the diplomas received in the schools of their countries of origin are not recognized in Spain.

‘Certain countries have an agreement with Spain that allows the qualifications to be homologated. But in most cases it is not possible, which creates a big problem for immigrants. Because, for example, people with university studies which are not recognized in Spain can come here and they have few possibilities of integration. That is why the only option for many is to work in the field, do street trading and those things, if they cannot get their studies approved.

Apart from bureaucratic issues, Montse, sensitive to social problems, notices racism in Spanish society. The popular claim is that immigrants steal jobs from Spanish citizens. But she is aware of how absurd this opinion is.

‘We cannot say that immigrants take away our jobs, because many people do not want to do farm work. There they work for long hours, there is exploitation… The other day a “temporary worker” died of heat stroke. The owner of the farm got arrested. That is serious and those things still happen’.

Coming from north of Ferrol, in the Ortigueira area, Montse recognizes a great impact of immigrants on the local economy.

‘In my area we do a lot of fishing. Now fewer and fewer local people are dedicated to doing these jobs, and more and more immigrant people are working in these areas. Local people are looking for other training and opportunities to improve’.

With a lot of experience in social work and struggling to find work, Montse knows very well the problems that people in Galicia face. And in many cases, the challenges faced by immigrants coincide with those of local citizens.

‘Integration into Spanish society is not easy at times, not even for the natives, so how could it be for those who come from abroad. You have the feeling of always starting and coming back to follow the same paths that you have already walked over and over again, to move forward. Many times it ends with depression and other health problems. Above is the bureaucratic part that in order to work, immigrants have to apply for papers, a health card, etc.’.

Considering the social life of immigrants, Montse believes that many of them seek contact with their compatriots and prefer to remain in their social circles, not necessarily with the local community.

‘If you go to another place, you always look for affinity, associations where there are people like you, a group of equals, which usually exist. But it is what it is about, that there are associations of people where you feel the same’.

Montse recognizes the complexity of the problem of facilitating the integration of immigrants into society.

‘Sometimes politics doesn’t help as it should. For example, although some left policies seem to support greater social initiatives and say “yes, we are going to do this or that”, many times it is not done later. Not all aid can come from government and non-governmental organizations alone. There has to be a balance between facilitating integration into society with social assistance and control mechanisms so that people do not only have the option of accommodating themselves with those benefits that are never enough. We need to be willing to take matters into our own hands and become independent as much as possible from social benefits. But also from the point of view of the employer, or those who offer work, certain exploitations that disturb the way to change should be eradicated’.

Although well aware of the difficulties many Spaniards and immigrants face in their struggle for integration into society and the job market, Montse believes there are signs of improvement.

The most important thing in your life

‘Right now, what I want is to work. For me the important thing is to move forward and live independently again. To be included in this society, to find my place, even if it is small, but mine. My way of thinking will coincide with the majority because we all need to have our place’. 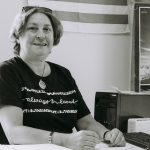 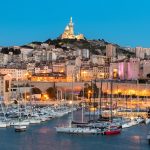