Vanessa puts on her colorful, african dress for islamic celebration Tabaski – Feast of the Sacrifice. Although her husband comes from Senegal, they both agreed to share various customs which varied between their countries. Indeed, as long as she can remember, Vanessa has always tried to look for similarities rather than differences.

‘I have lived in Naron, Spain my entire life. The injustices present in our world have bothered me since always. As a small child I remember asking my parents to buy me black dolls because I really liked the black skin and used to get angry with those who looked weirdly at people with different skin colour’.

Over fourteen years ago, some Senagalese men came to Narón in search of work. They did not have any valid documentation and worked on the street selling flowers, shoes and various items. Vanessa would always walk down the street and stopped to chat with them or buy their products.

‘I wanted to engage into conversation with them on the contrary of what other people did. This is how actually I met my husband. Together with other Senagalese boys he lived in the neighborhood and I would always meet them on the street, in cafes or at a supermarket. They treated me as a friend, asked for advice or even invited me to their house (as a way to say ‘thank you’).’

Vanessa and her husband were friends for 2 years. They slowly started to fall in love with each other. However, as Vanessa admits, the process in her head was rather complicated and unsure.

‘Although I am not a racist nor do I have any kind of prejudice, unconsciously I believed a little in what the society in which I grew up told me. Having to tell my family that I fell in love with a black man was difficult. In the 60s, my father was a part of the military service and had to fight against the Moroccans in Western Sahara. Obviously he was defending Spain but the memories of ‘the Maroons’ as he used to call them, remained. I was really scared to talk about my relationship with him. At first, I told it to my mother and she was very supportive. We went shopping, bought bed sheets and clothes for her boyfriend and I, so that I could move to live with him’.

At that time, Vanessa was 30. For the next 5 months, she did not tell anything to her dad. When she eventually decided to tell the truth, her father was anything but surprised. “Why didn’t you tell me before?”. She talked about her fear of being rejected, but quickly realized that the most important thing for her parents was to see their daughter happy.

‘We became a common-law couple. My husband didn’t ask me for that but I wanted to help him with the papers. Honestly, I would have done it for one of these guys here if i didn’t fall in love with my husband. Because you cannot imagine how difficult it is to get the proper documentation. If you are not a common-law partner, you have to spend at least 3 years in Spain! Three years here without the right to legally work and earn the living. That’s the reason why men sell things on the street.’

Vanessa’s husband arrived on the Canary island by boat. He stayed with the Red Cross for 45 days (the maximum allowed time) after which he should have been either repatriated if the proper plane had come. At the end however, the organisation let him go to Valencia and then- Galicia.

‘There was a lot of racism in Valencia, but not here. In Valencia people called my husband “black shit”. When he was walking down the street, people would call the police. Before being married, my husband had been selling shoes which technically is illegal. But he had to earn the living – he was not robbing or stealing. If he was not allowed to sign any contract without papers, what else could he have done? Here in Galicia, a policeman would have a coffee together with my husband even though he was aware of his lack of documentation’.

Over 5 years ago, the couple managed to fix the documentation problem. They rented an apartment together and Vanessa told her husband to continue his education. The ESO (compulsory secondary education) which he completed in Senegal was not valid in Europe. So he did ESO here and then a cycle – a professional carpentry training. Eventually, her husband started working in a shipyard meanwhile Vanessa was a nurse assistant and worked with older people.

Vanessa got legally married 2 years ago. She did not have to convert to Islam because of the fact that Muslim man can marry a Christian-origin women (not the opposite). There are a lot of customs and habits that the couple have had to learn and accept. Vanessa drinks wine and smokes from time to time as the opposite of her husband who is not allowed to.

‘We got married and well, here we are. No children and no more wives. I am the only one and this is the condition he agreed upon. I am Spanish and personally I do not understand the polygamy. When you start a relationship with a Senegalese there are certain things you have to ask. He is Muslim, which means he could possibly have 2,3,4 wives. We have stayed together for 10 years and I have always been his only one.

Since 2012 I cannot work due to my health problem. I have two serious diseases which is why I am retired. Unfortunately, I have never been able to visit Senegal. There is too much sun and heat over there which I have to avoid. Nevertheless, we often talk with my husband’s family on the phone- I learned some phrases in Wolof language and showed them my traditional senegalese dress. Now I would like to go to Poland now because I really like you.’.

Now Vanessa is telling her husband to apply for Spanish nationality. Applying for nationality can be a complicated process even for a married couple. During the interview, it has to be proven that the marriage was not arranged for some socio-political reasons. Foruntaly, Vanessa and her husband had already been a common-in law couple for seven years before so :” it had to be love” as she says.

What is the most important thing in your life?

That’s an exciting question! Maybe I’m a bit delicate but the most important thing for me is having the people you love close. I lost my parents recently and right now I only have my husband and my siblings. And friends, of course. I am happy with my husband but – without my parents – it is not the same.

And what matters most to me in life are values. That the values ​​are not lost. The respect for others, fighting for a more just world, for reducing social differences such as very rich and very poor. I am that kind of person who watches TV and sometimes my husband has to turn it off because I start to cry. I have to cry. I have to cry because I can’t stand so many bad things happening. I do not understand the majority of them, I swear. Many times I tell my husband “I don’t fit in this world”!  I’m not better than anyone, I swear to God that I don’t consider myself better than nobody. But seeing those things happening: the scorn, the murders, the rapes…

What is the point? Whether you are black, or white, or Asian, or African, or American – if I cut myself and you cut yourself, we both share the same, red blood. You die and your death is worth the same as mine. So what would make me happy? Seeing justice. And have my loved ones close. 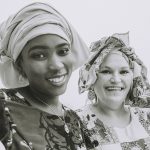 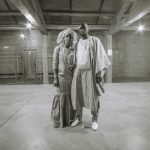